The Barns of Mauston, WI

So I'm back from camping in the Smokies where we had no cell service or computer access at all, but am not quite home yet so the August project extravaganza is getting off to a slow start. Never fear! I'll be back at it in full force shortly. In the meantime, my inspirational wall art tutorial was featured on both Those Northern Skies and A Few of My Favorite Things - super huge thanks to Melissa and Jessica!

I also volunteered to write a guest post for Michele McDonald over at The Scrap Shoppe on August 12th. In the interest of keeping things simple, I've decided to save that bigger project I was working on before I left for that post.

These pics are something I have been meaning to do for a while. My in-laws have a house in Mauston, WI and every time we drive up there I love to look at all of the barns on the way. There is just something about them... looking at an old barn, I get the same feelings as I do looking at a vintage quilt. I wonder whose hands put that together, how many troubles has it seen, how many families has it passed through, what stories are attached to each of its bumps and dings... I was finally able to go out and snap some pics of a few barns near the house. 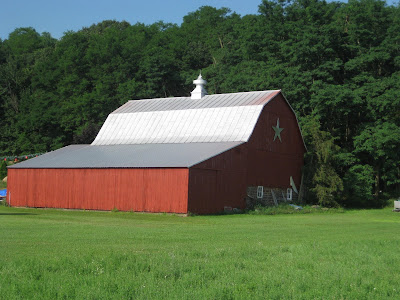 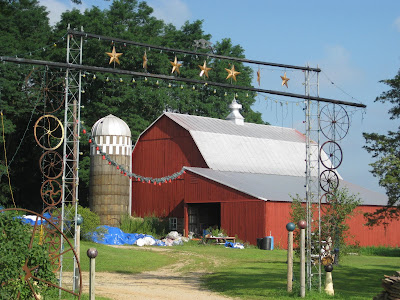 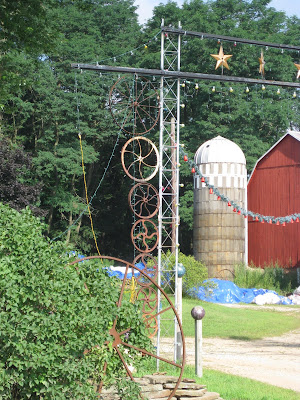 If I had to pick one favorite, it would probably be this first one. I just love the big star on the side and their gate post is awesome. It looks like a big art installation. I wonder how long it took them to put it together and if the neighbors thought they were crazy? :) And where did they get all the wheels and the stars? Around Christmas it's all lit up. 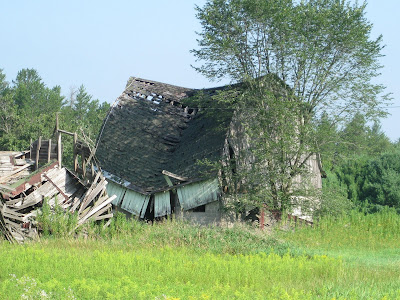 I love the lighting on this next shot and how the two silos are framed by the trees. 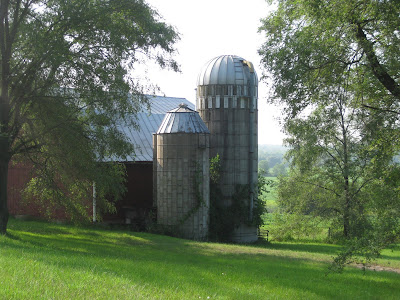 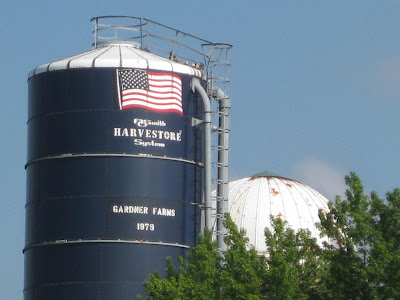 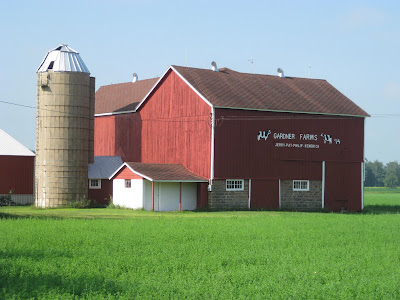 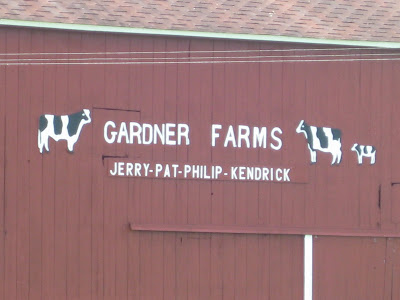 The family names on the barns are great too - they're just like the label on a quilt. 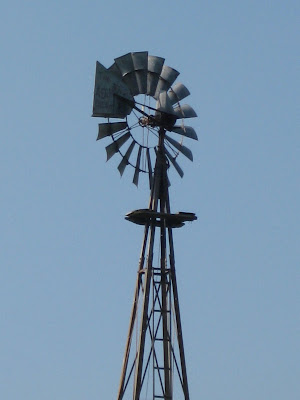 You can see right into the hay loft of this next one... 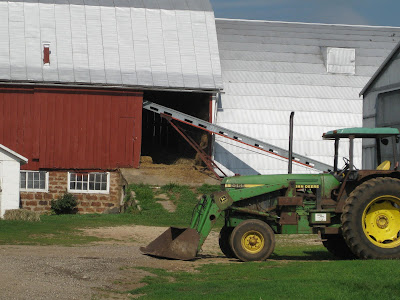 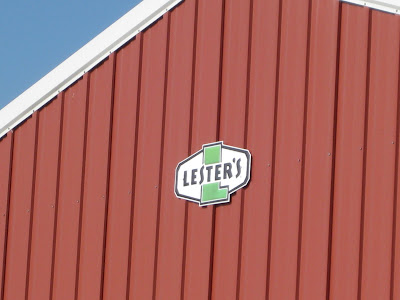 If you can stand a few more analogies, the nails on the barn are like the stitching on the quilt... some were put together by machine and some by hand. The wood slats even look like lines of quilting in the pic above. 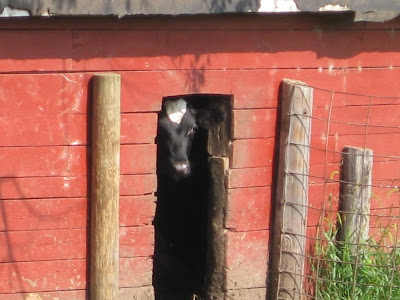 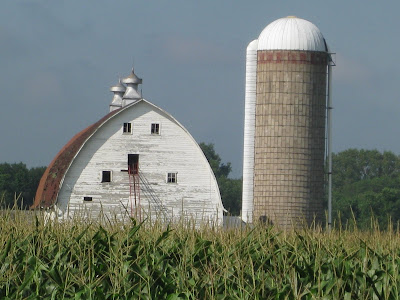 Love this last one. I had to take the shot while standing out of the sunroof of my car because the corn was so high. Might have to do another round of these after the harvest, when the leaves are changing...
at 3:11 PM

Email ThisBlogThis!Share to TwitterShare to FacebookShare to Pinterest
Labels: inspiration

I LOVE old barns! I'd love to live on an old farm, with a great old barn that I could turn into a play house for Aidyn or an office/art studio for me!

I LOVE old barns! I'd love to live on an old farm, with a great old barn that I could turn into a play house for Aidyn or an office/art studio for me!

These pictures bring back great memories! I loved playing in my friends barns as a kid!

Great photos--There is something magical about a barn isn't there? The mystery, maybe? We must not be far from each other-I'm in Wi, too!

great shots. i liked how you compared the barns with quilting. lots of things in life mimick things we love. great pictures. i will have to post some of the barns i have seen.