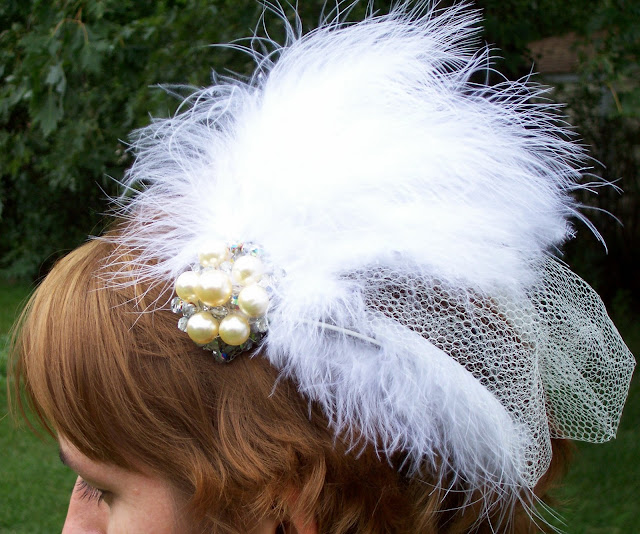 One of my dearest friends is getting married in a Roaring '20's style wedding this weekend.  While she was trying on her dress, she also tried on several different hair accessories, mostly involving feathers and sparkles and some netting.  The prices, though, were pretty steep.  I jumped at the chance to make a hair accessory for her.

I'm sure it will look prettier on the actual bride rather than on me and since I'll be the one helping to put it in her hair I will definitely be able to do a better job of pinning the netting in the back to make it look rounded (I pinned it into my own hair blindly because I'm impatient and didn't want to go hunt down a second mirror). 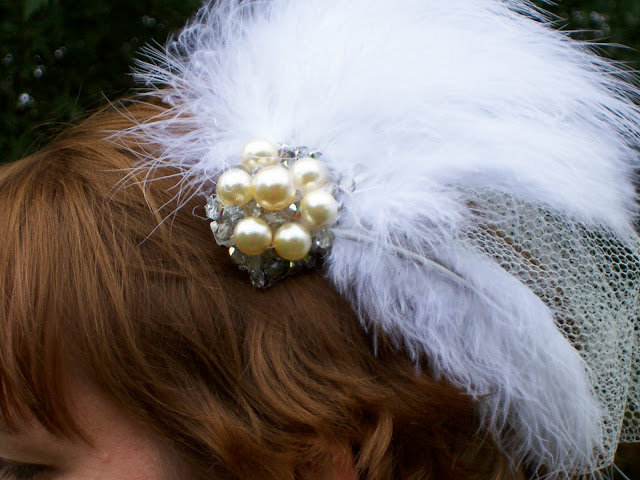 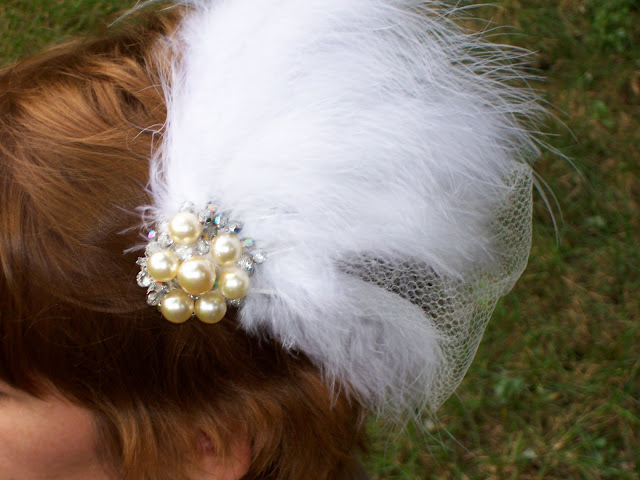 It will also look better on the bride because it is meant to be worn on the left side of her head, where her part is.  Mine is on the right.  Her hair will also probably contain some sort of styling product and not be sporting my "wash and go" look.  :) 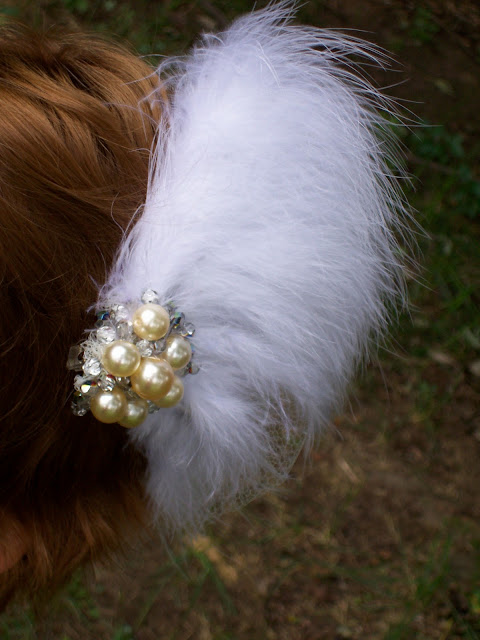 I started with a small oval of felt and sewed the tulle down to that first.  Then I spaced out the feathers and glued down just the tips with my trusty hot glue gun.  Then I hand sewed all of those beads to the felt in such a way as to cover up the ends of the feathers.  I started with the pearl beads, arranging them as I went, and then went back and filled in with the crystals afterward.  When I was happy with how it looked (and so was the bride) I glued the felt onto a metal, clip-style barrett. 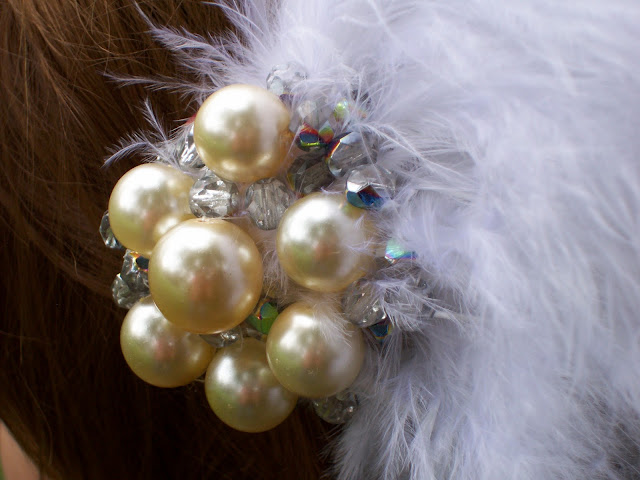 Email ThisBlogThis!Share to TwitterShare to FacebookShare to Pinterest
Labels: crafts

It's lovely! Lucky bride. I'd love to see it with the dress, too.

I AM IN LOVEEEEE!

You need to etsy these! Seriously!

Oh I love the vintage stuff! My friend did her wedding with vintage hairpeices, she let me make them for the bridesmaids. They are so much fun to wear and to make! Love yours!!

It is wonderful! What a fun wedding it will be : )

Oh so pretty! I am sure it will be such a great wedding, I'd love to see more photos!

Thanks for linking up, see you next week! :)

Gorgeous! I wanted something like that for my wedding as well, but the prices...YIKES! Very pretty! Thanks for linking up to Mad Skills Monday!

This is so pretty, Cecily, I can't wait to see the for real photos. I thought the pearls were a vintage earring or something. Nice job.

Hi Cecily! I Love the hair accessory! And I gave you a blog award.. here's the link:
http://pinkapotamus.blogspot.com/2010/09/and-award-goes-to-me-yeah.html

I can't believeI didn't leave a comment here on Wednesday! Sorry for the delay! Well, I already told you how much she is going to love this. I hope you are ready for everyone to be complimenting you at the wedding for making it! :)
Best,
Gloria