An Update on Life and Projects 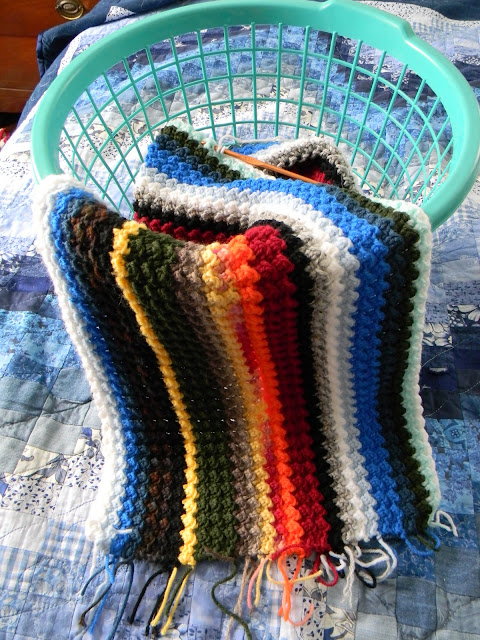 A couple weeks ago I decided I would crochet a blanket for my son that would use up all of my worsted weight scrap yarn.  Here is where I am at with it so far.

Lately, school has been pretty intense and it looks like it will remain that way through this semester.  Originally I planned on basically closing down the blog until May, but I think for now I will leave it up.  I just don't have the time to craft like I would like, but that said I do have projects in the works and things to share.  I just won't be able to post quite as often and will have to rely on scheduled posts and older projects I haven't shared.  And I also expect that finished projects will be few and far between over the next few months. 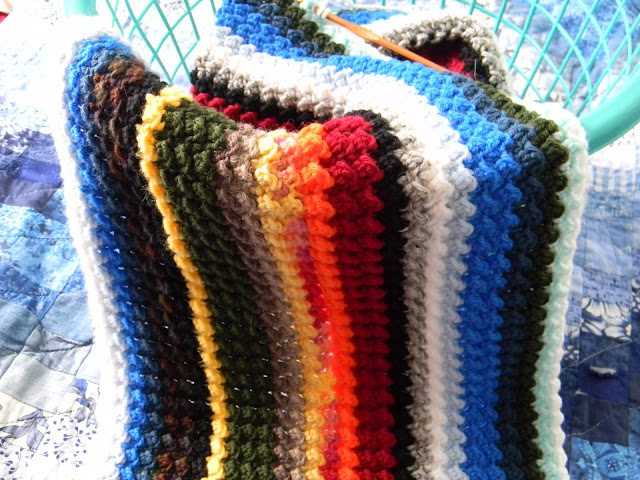 At any rate, this is a nice low maintenance project that is a great use of yarn that wasn't going anywhere.  The pattern from an old Leisure Arts crochet pattern book of mine called Afghans on the Double.  All of the patterns in the book are based on using two balls of yarn at the same time.  For this afghan I am just using one at a time because I don't need it to be super big.  The pattern is called "Fireside Throw."

I have one other Leisure Arts crochet book and they are basically how I taught myself to crochet when I was in college.  The back of each book has detailed pictures explaining each stitch which made it super easy to teach myself.

By the way, the reason I have time to post today is because most of Chicago looks something like this... 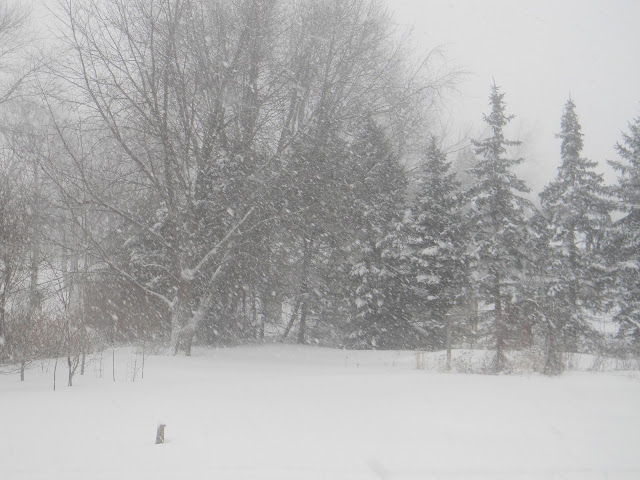 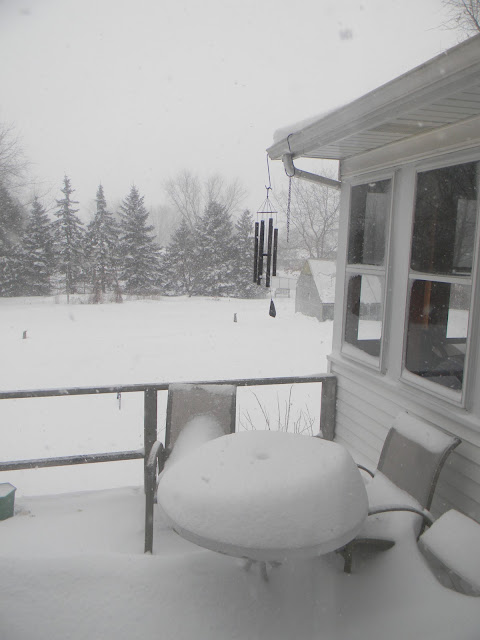 Even adults enjoy a good old fashioned snow day once in a while...
at 10:22 AM

Glad you're sticking around, Cecily. Your afghan looks great so far. Good luck this semester and with the snow:)

Thanks for sticking around! I feel the same way at times... I see so many women who get so many projects completed and post on a daily basis and I get so little done and do good to post once a month! Like they always say... it's not quantity but quality!
Good luck with school and we are here when you are!

You may have noticed that I've all but stopped blogging, too. (insert sad face) This has been just the craziest, busiest last 4 weeks, that it's all I can do to get a project finished! Love the snow; wish that were my back porch. We just get ugly rain and bitter cold these days. Your back porch picture makes me think that you should do a quilt in shades of grey and white with a lovely something--maybe canteloupe like your blog--to celebrate the snow days. Just wanted to keep in touch.